Top Belgian team Telenet-Fidea have sent three riders to CrossVegas this season and our very own Kristof Ramon was out in the heat shooting the shakedown ride for their Ridley X-Nights. 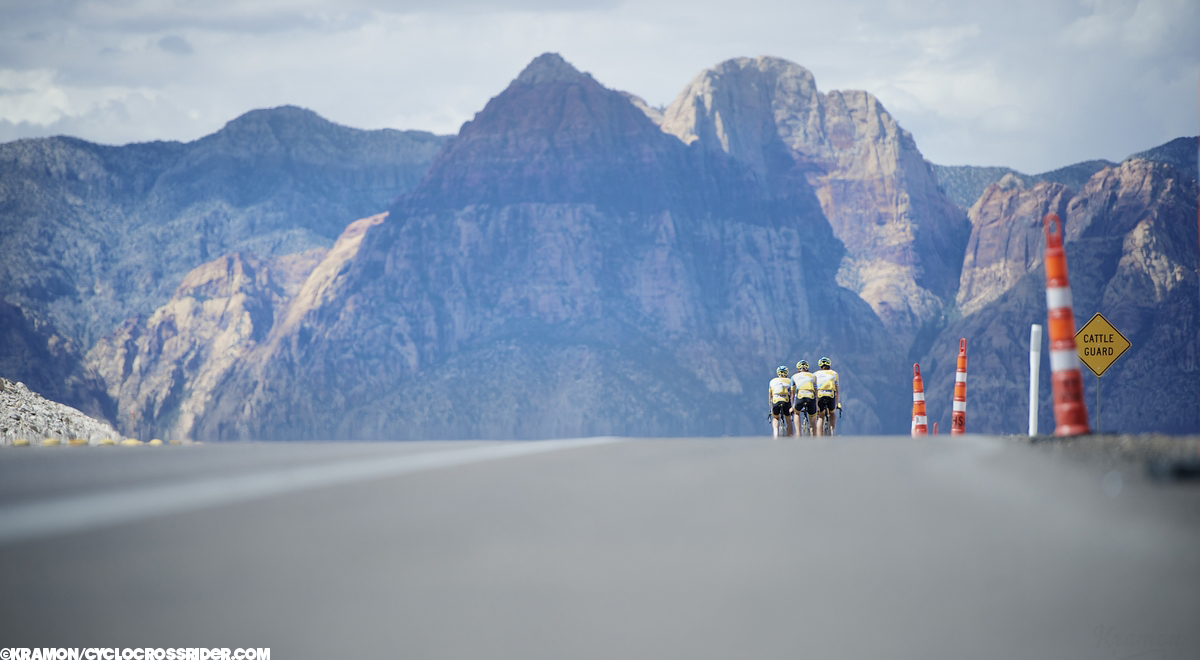 THIJS van Amerongen, Quinten Hermens and Daan Soete are the three riders that Telenet-Fidea have chosen to represent them at CrossVegas on Wednesday evening/Thursday morning. After their trans-Atlantic flight, Kristof Ramon followed them into Red Rock Canyon to take these dramatic images.

Van Amerongen had an impressive 2013-14 season and finished third in the Dutch championship behind Lars van der Haar (also racing in Vegas) and Corne van Kessel. The twenty-eight-year-old Dutchman could spring a surprise on the more established names in the atypical conditions at the Desert Breeze Soccer Complex.

Hermens returns to Vegas after a stunning sixth place last season. He was runner-up in the 2013 Belgian junior championship (behind Yannick Peeters) showing that he is a real prospect for the future. Soete is another Belgian under-23 rider who won the Belgian junior title in 2012.

All three will be gunning to gain some early season UCI points so look out for the distinctive yellow and sky blue jerseys of Telenet-Fidea in the thick of the action.

Our Vegas preview is here with details of the live webcast. 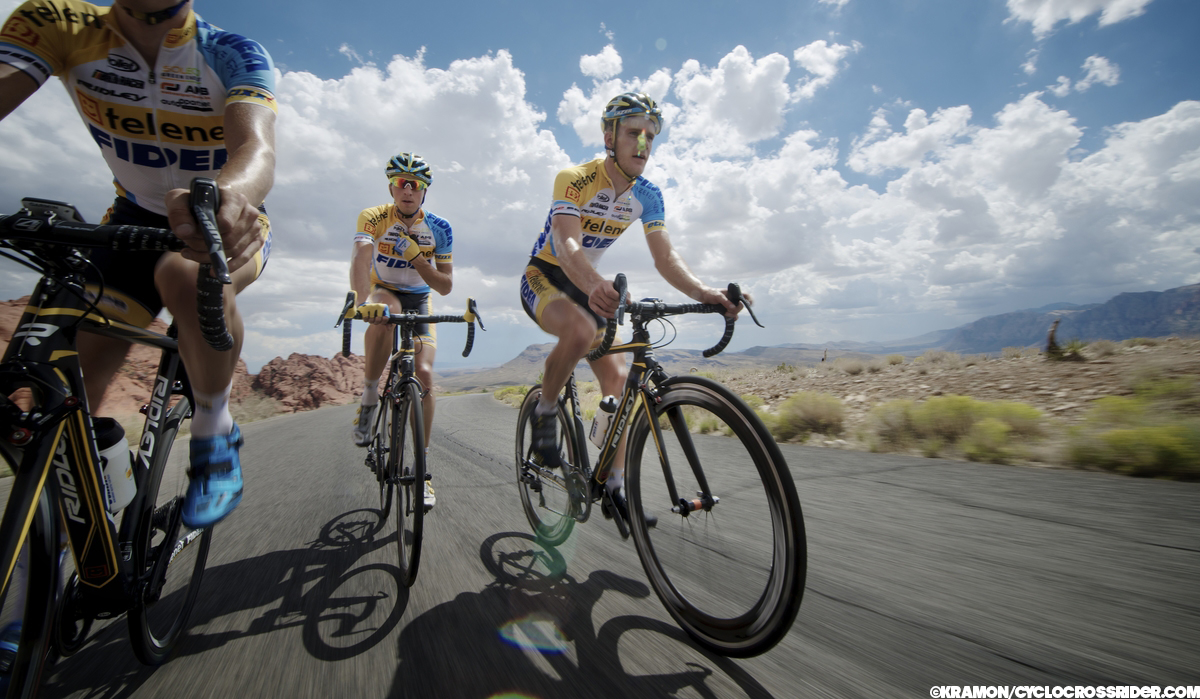 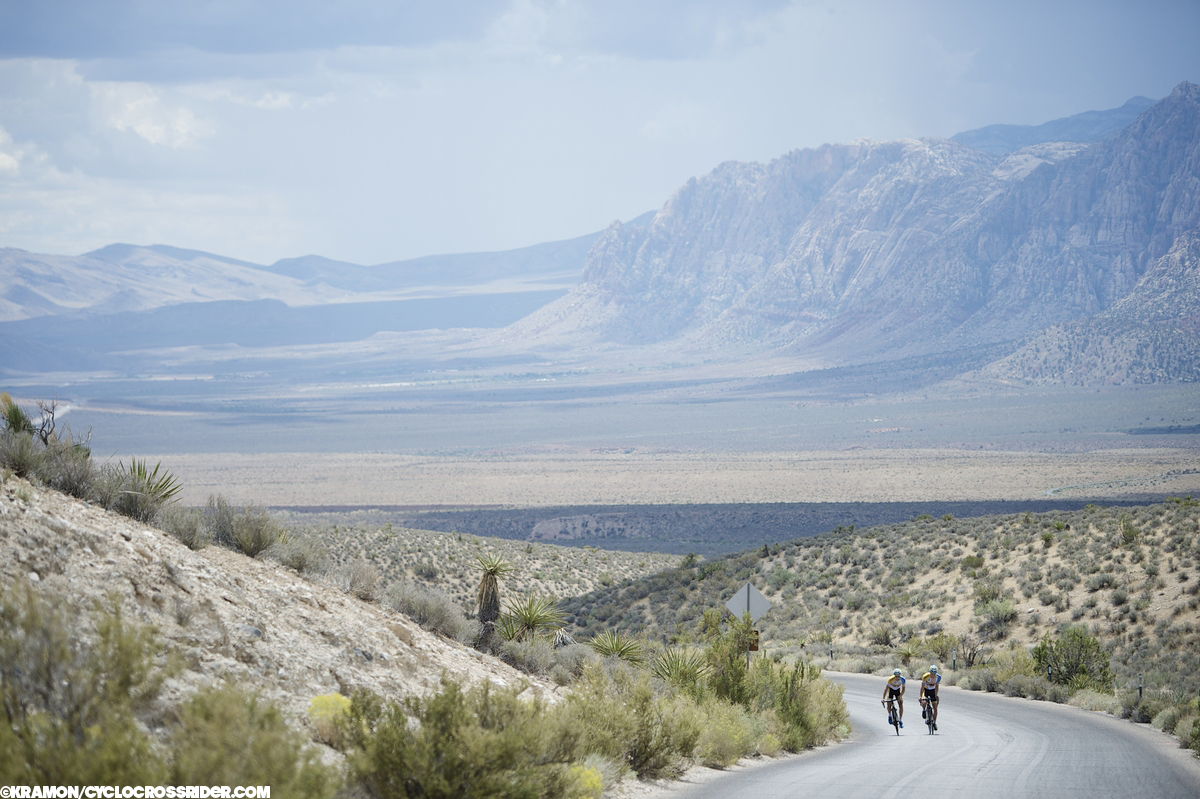 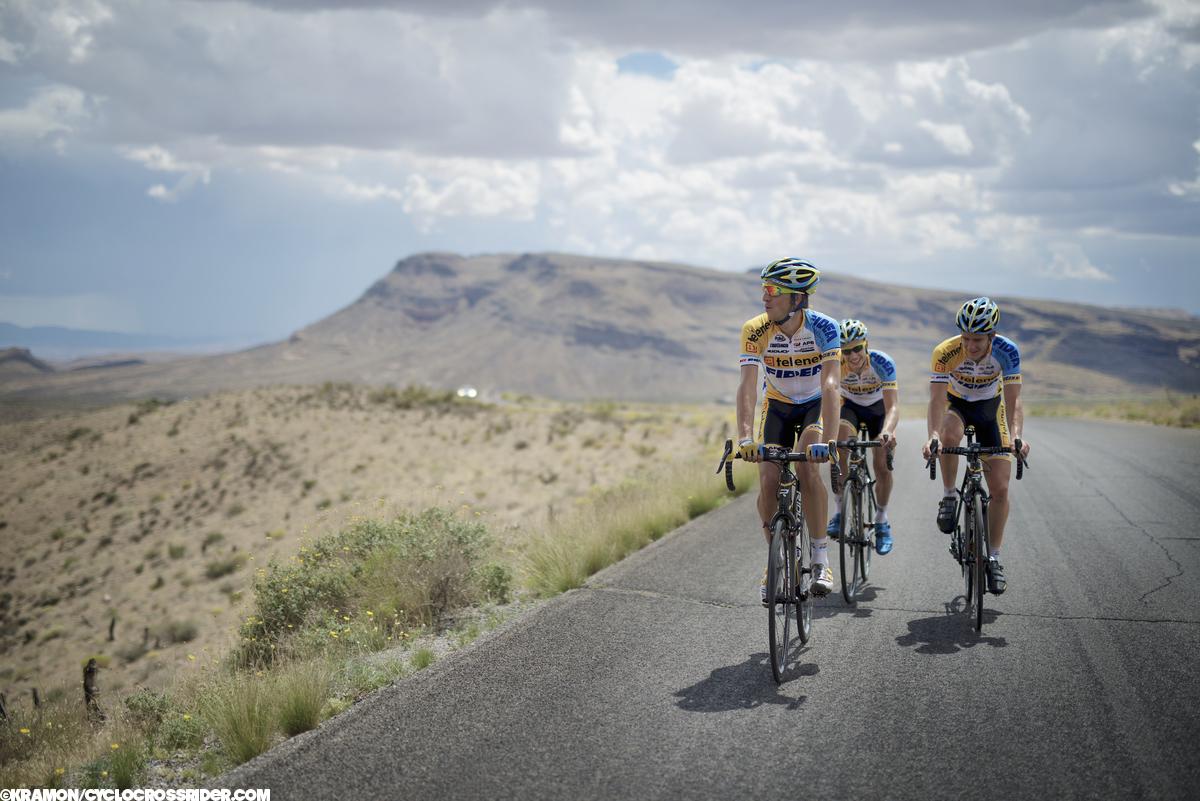 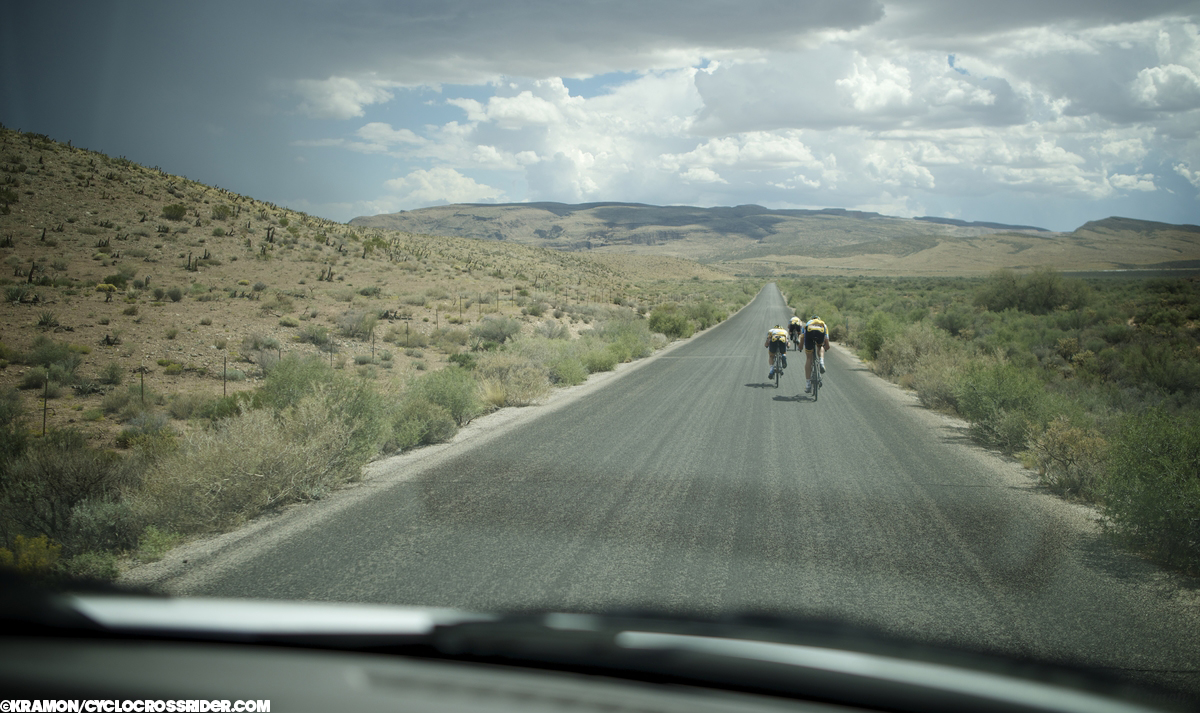 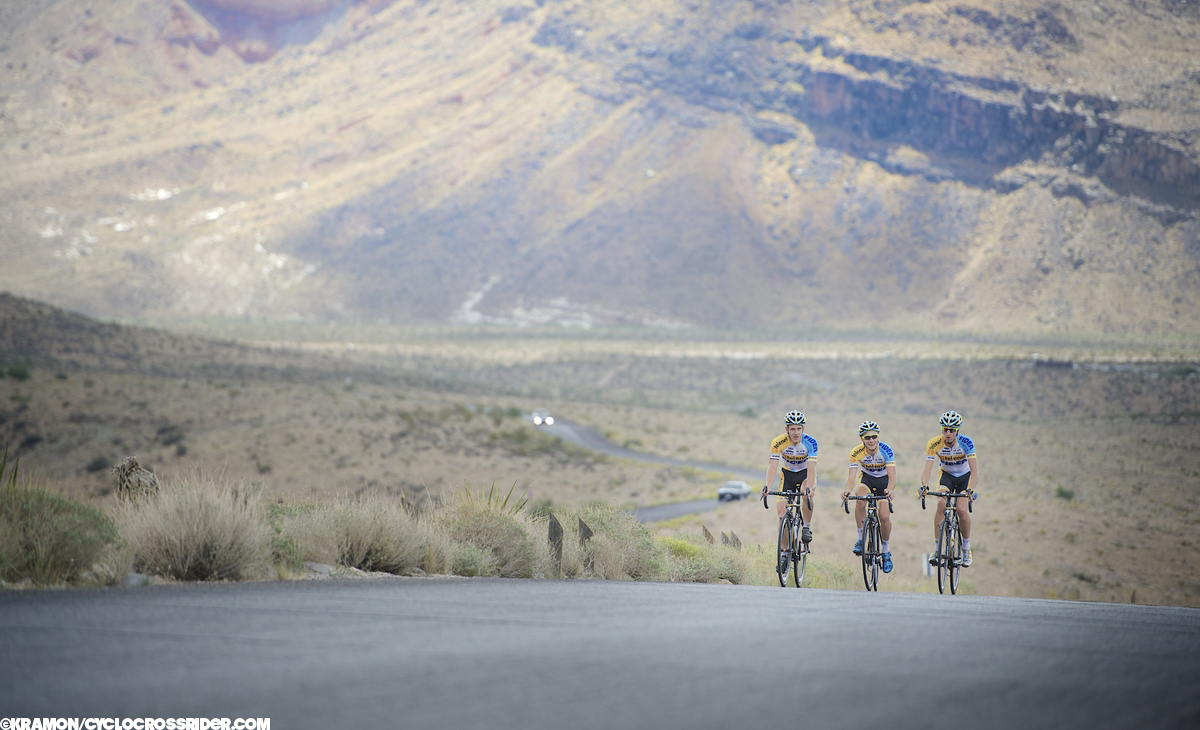 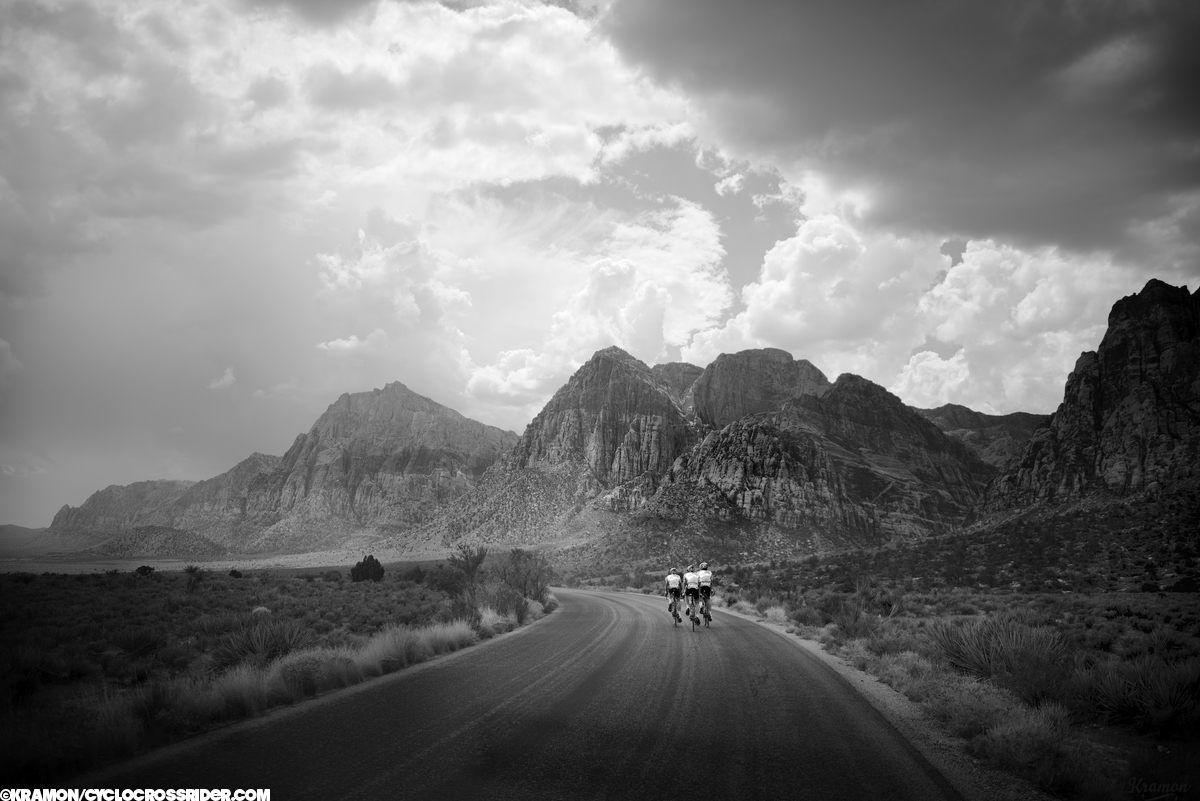