Are you tempted by spectating at a cyclocross World Cup or the upcoming 2018 World Champs in Valkenburg? Here's Ted Sarmiento's 'I've been there once so I can dispense advice' guide to watching 'cross in The Netherlands.' 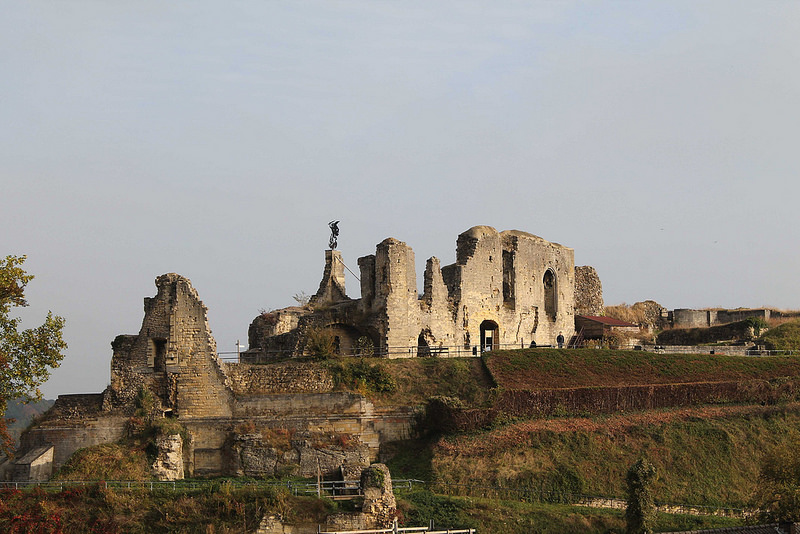 First let me say that if you are considering traveling to Valkenburg to watch 'cross then you've made a very good choice. The race course is very demanding both physically and technically for the racers and also very amenable with great views of the racing for the spectators, all packed into a venue a few minutes walk from the town centre.

Valkenburg is a vibrant holiday town and in 2018 it will host the UCI cyclocross Worlds for the first time after being the venue for no fewer than five road World championships (the last in 2012). Editor Konrad Manning was able to give me some valuable tips about Valkenburg and the surrounding area after being based in Maastricht for a number of years. 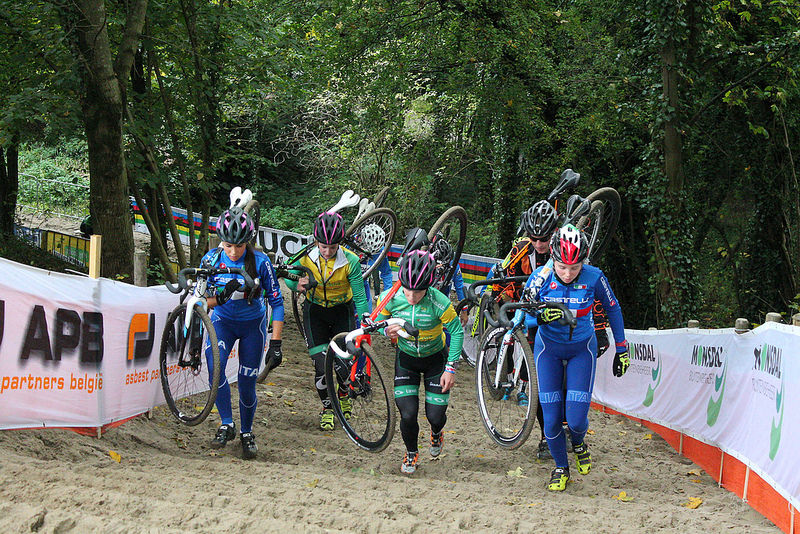 Getting there and away

It's in The Netherlands, but don't let that fool you, it's actually nearer most of eastern Belgium so we flew to Brussels airport from the UK. From there it's only about 130kms by road but we decided to make use of the excellent train service around the low countries. We made four short train journeys (Airport-Leuven-Liege-Maastricht-Valkenburg), which were very easy to do, it saves car hire hassle and you won't be needing your car once there. 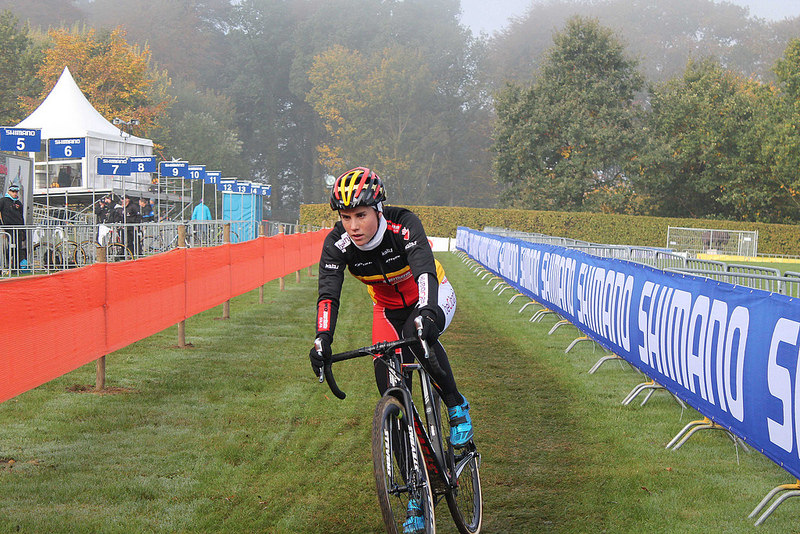 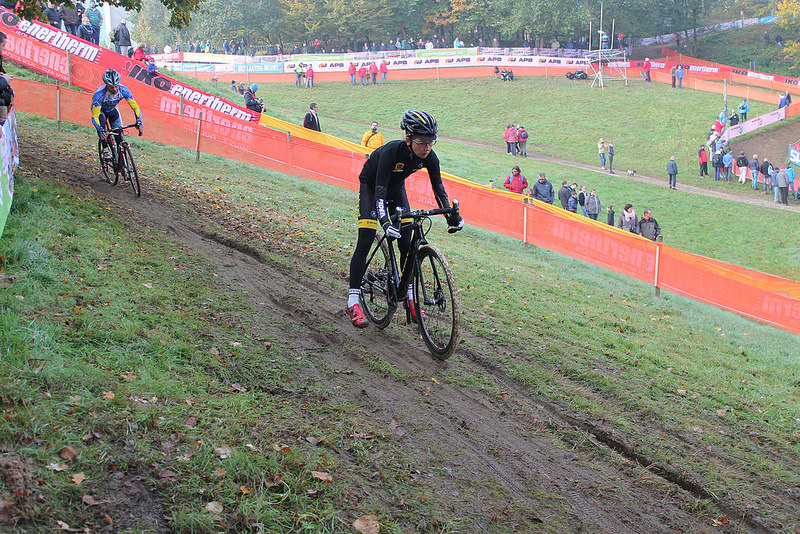 Valkenburg has many hotels and a mind bogglingly high number of restaurants. I can only suppose that the presence of a number of casinos including the large casino that the course is based around attracts gamblers from all over The Netherlands and the surrounding neighbours (Belgium and Germany). A clue must be the centrally located Casino Hotel, dating from 1902, and now housing the excellent Aan De Linde restaurant. There is also a popular and relaxing spa and wellness centre right next to the venue, assuming you find a naked sauna with strangers relaxing (There are non-naked areas and it's a great place! - Ed). 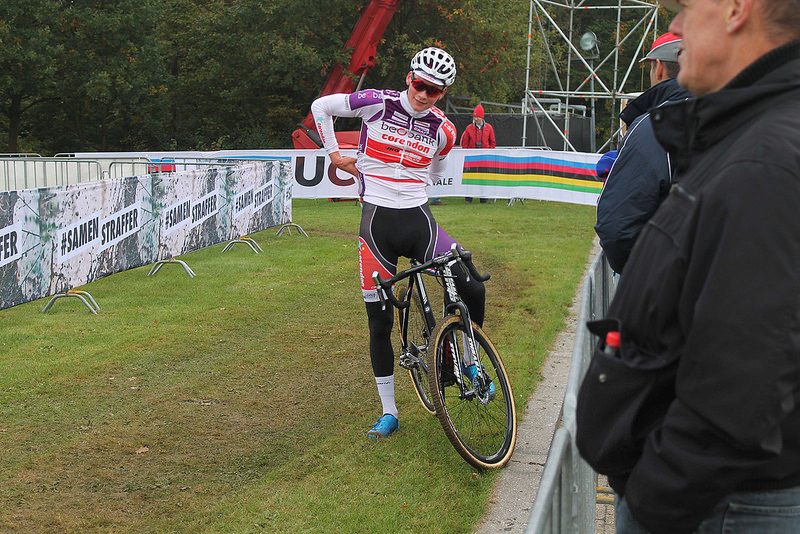 We stayed near the train station at the Hotel Tummers coincidentally with the German under-23 team. If you prefer a bigger playground, the old city of Maastricht is a ten minute train ride away, with trains every 15 mins.

Valkenburg is a small and relatively quiet town and even with the World Cup race going on you wouldn't really know it until you decide to walk up the famous Cauberg hill - a climb which features in the climax of the Amstel Gold Race. The Kuurpark, where the race is held, is atop the Cauberg, high over the town, but not quite as high as the old castle which dominates the skyline. I felt at ease here as the castle and surroundings are reminiscent of my home town of Knaresborough in north Yorkshire. 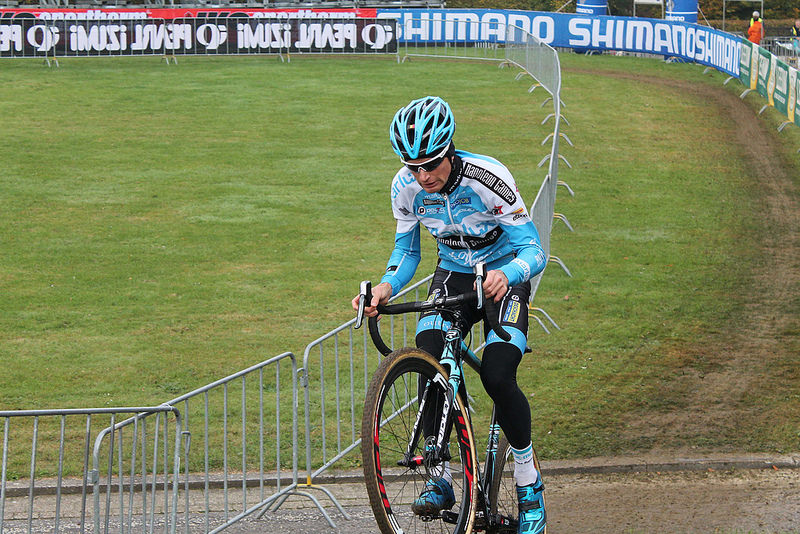 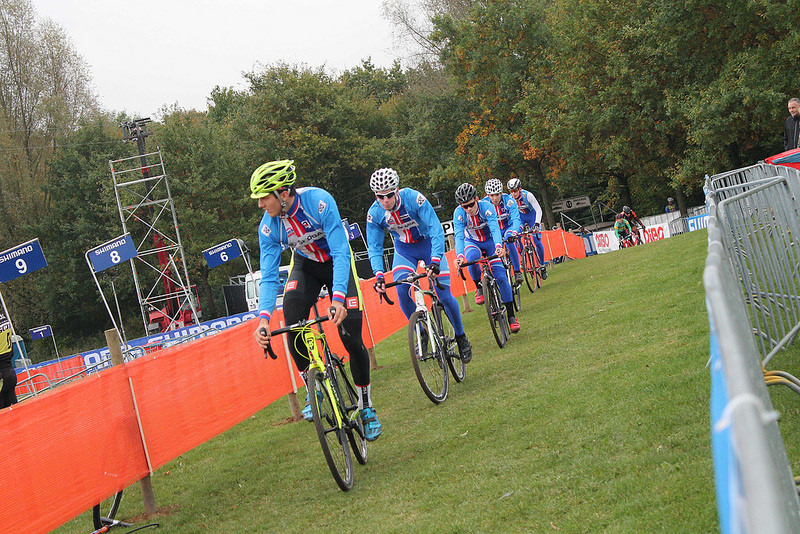 We popped into the park for official practice where you can hang out and see how professionals like Kevin Pauwels (above) and Sophie de Boer go about reccying a race course before the big day. These guys don't leave anything to chance, and a special bonus was bumping into the talented under-23 Yorkshire racer Amira Mellor, just back from racing in the USA. The race venue is perhaps a 10 minute walk from the town centre, 20 mins from the train station, this really is time where you can leave the car behind (although there is plenty of race goers public parking available). 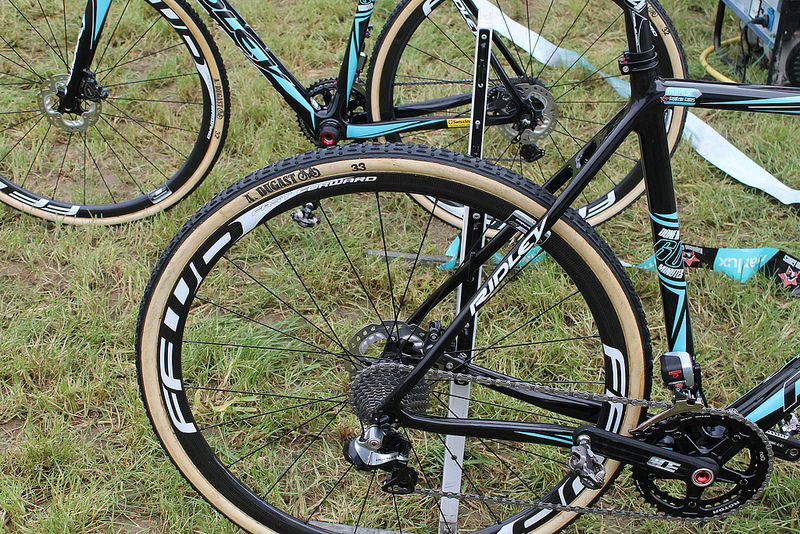 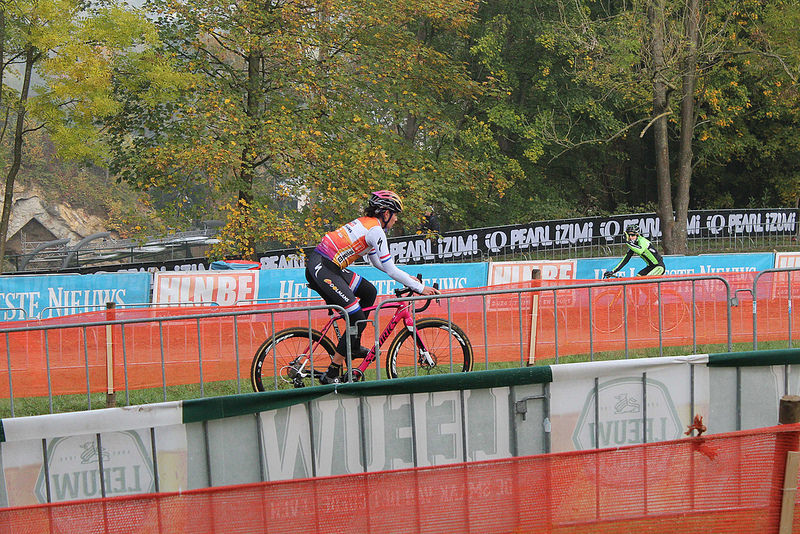 Race day itself arrived and it was a prompt start for us to catch four British riders in the early Junior race, and the promise of photos for the mums, dads and friends back home. It was great fun seeing Thomas Mein, Toby Barnes, Harry Yates and Ben Turner racing at the front of the pack and ahead of much of the Dutch and Belgian talent. This was very promising in the discipline that those low countries tend to dominate. Race venue catering is mainly frites and beer so we took the opportunity after the Juniors were done to nip into town to a nice cafe and warm up over a Dutch coffee and soup (note to coffee lovers: don't fight it, just order coffee Dutch style). 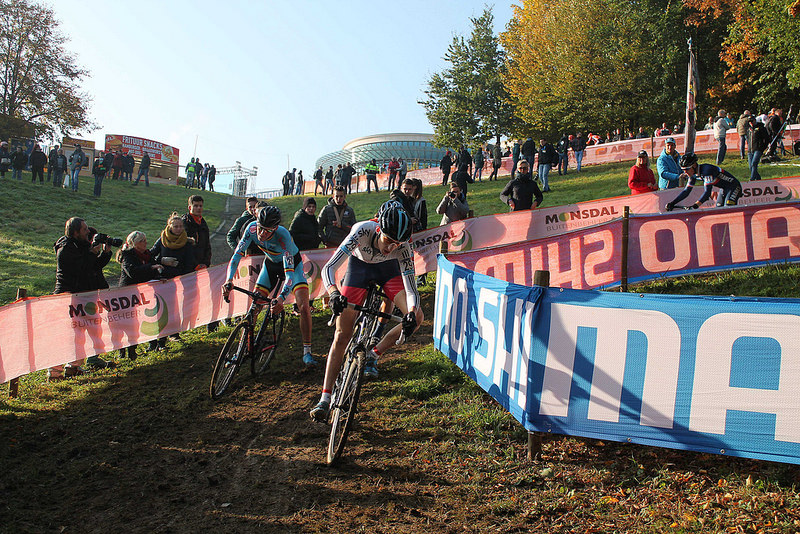 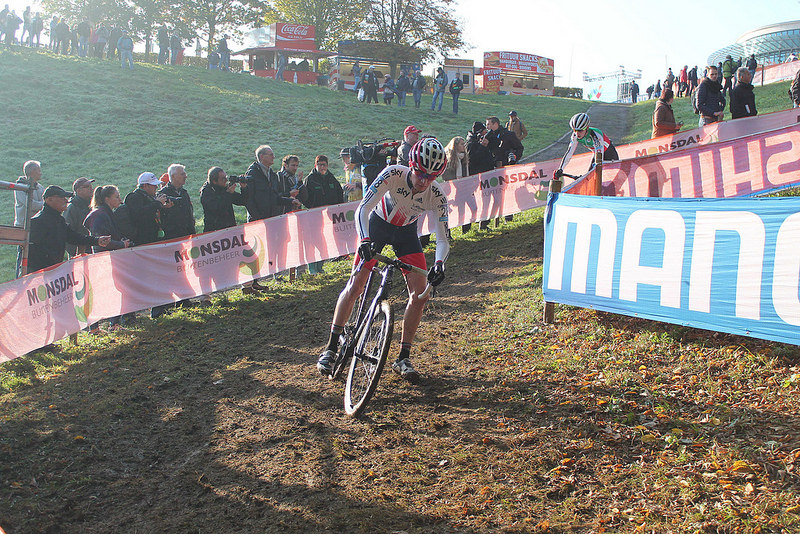 Then it was back up the Cauberg for the Women's race and this was a belter, with the aforementioned Sophie de Boer fighting it out with the World Champ Thalita de Jong and the most complete 'cross racer in the game: Sanne Cant (below). In the next wave were British stars Helen Wyman and Nikki Brammeier quickly followed by our under-23 talent Ffion James (duking it out against Belgian Jolien Verschueren) and Amira Mellor. It was good to know that all our young British riders were all well looked after by master pit crew Seth Smith and the hugely experienced Chris Young. 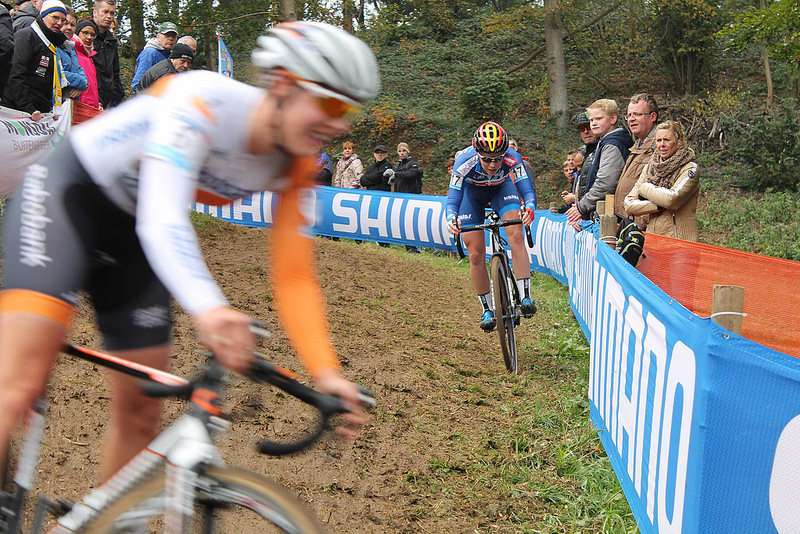 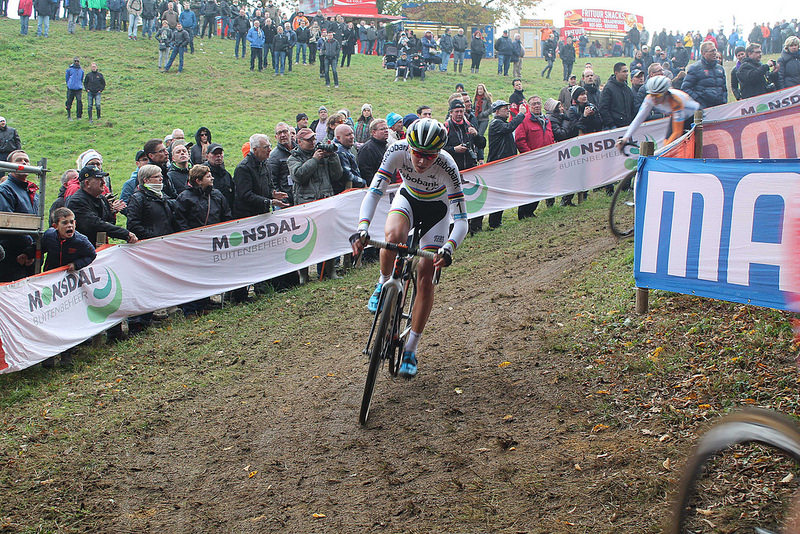 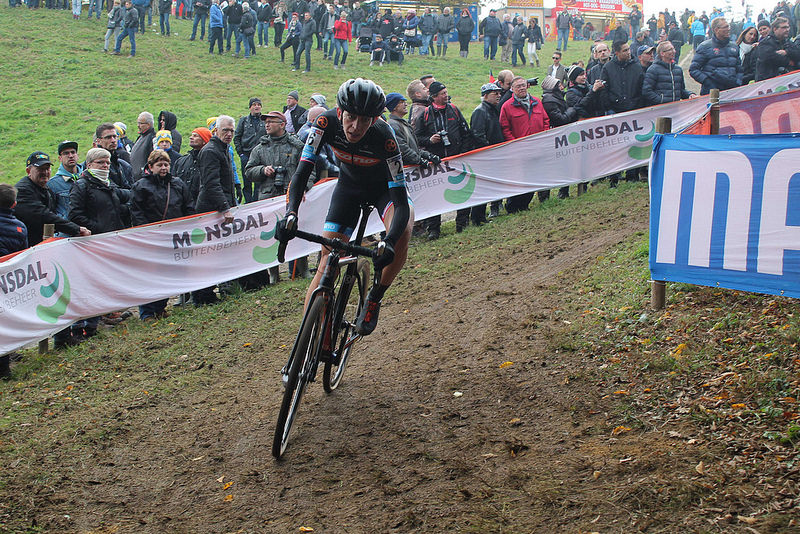 A slight pause for 'frites mit mayonnaise' and it was time for the Elite Men's race. We witnessed close up another classic slugfest between the two young guns Mathieu van der Poel and Wout Van Aert and a late mistake by the World Champ Van Aert which almost cost him a podium place. Ominously stalking the top riders all day was that man Kevin Pauwels (below), not quite on the pace this time out but always there ready to pounce (Ted 'foreshadowed' KP's great ride on the Koppenberg writing this - Ed) 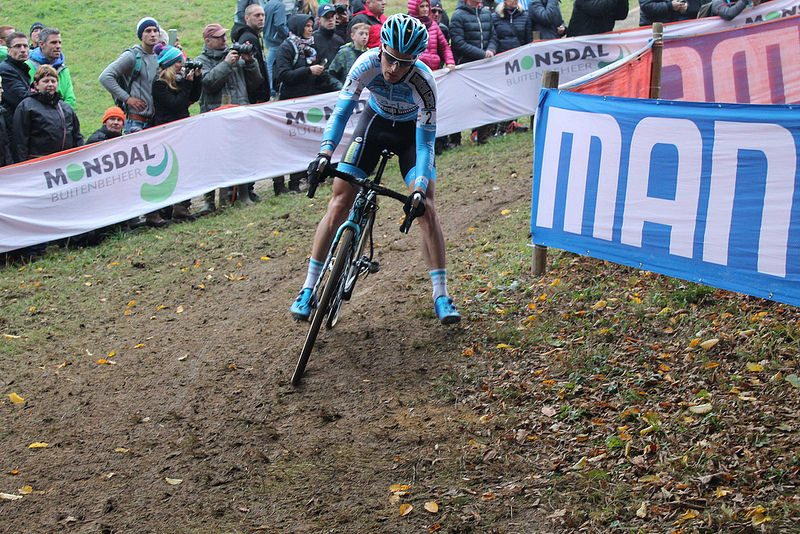 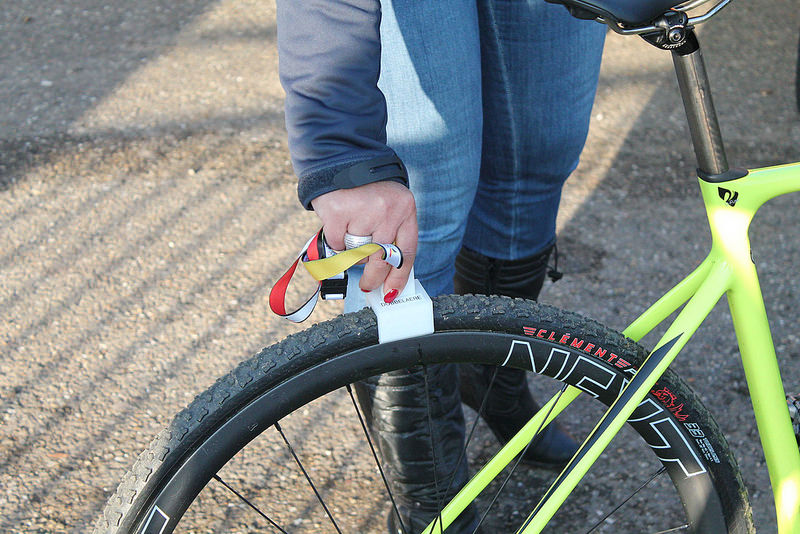 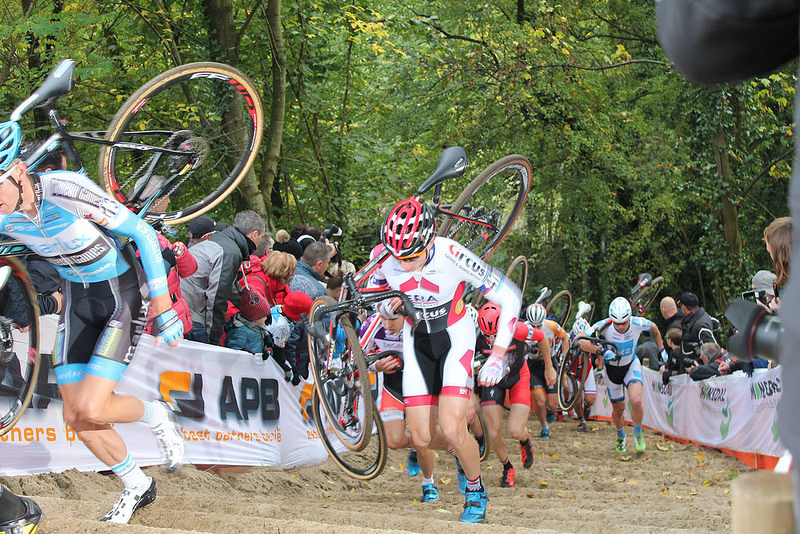 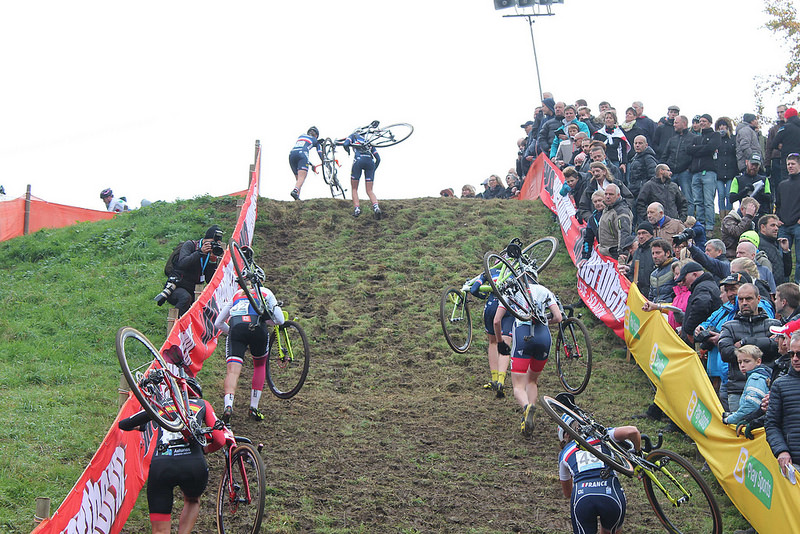 With the racing over we strolled back into town for another warming coffee/beer and watched the race day spectators and racers filing their way down the Cauberg. This really is a civilised race venue and highly recommended. If you're also gambler then it's a win win.