Emma Osenton guided a group of cyclocrossriders through the English Pennine moors last weekend in the first in a series of Rapha 'Cross Rides. There was moorland, mud and industrial heritage as they made their way into the city of Manchester. Words & photos: ©Emma Osenton. 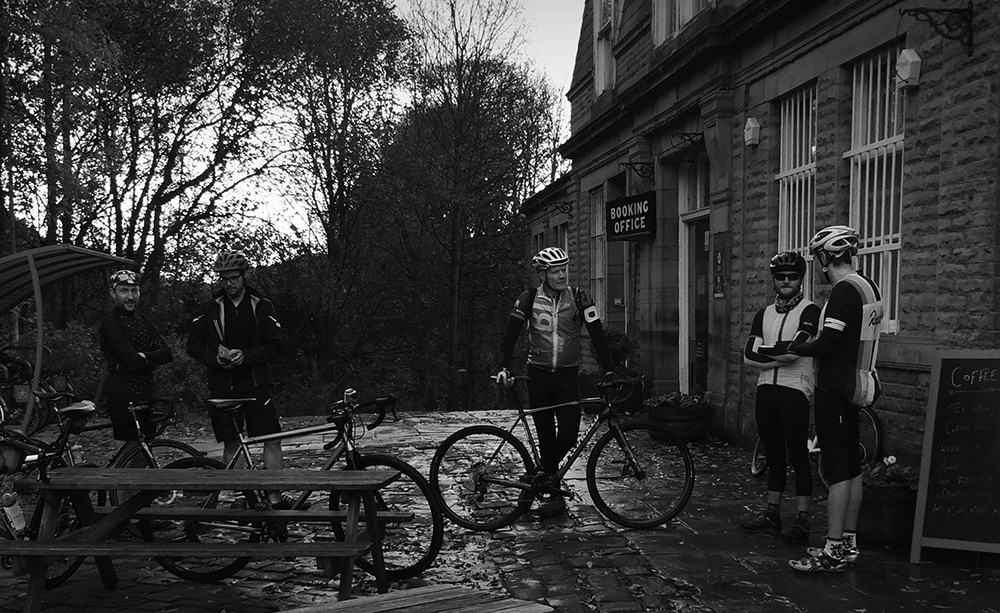 'CROSS is more than just racing these days, it's the ‘crow flying’ route, sneaking through snickets and ginnels, once old roads now green lanes and bridleways left for the self-powered choice as the engines roar on the tarmac far away.

The Rapha Cycle Club (a shop-cum-café-cum-meeting place), recently opened by the cycling brand in Manchester, northern England, ran the first in a series of linear cyclocross journeys to finish in the club (with a livestream of the Koppenburgcross) last Saturday. Departing from Hebden Bridge Railway Station and winding it's way along the Pennine Bridleway before turning in to the Medlock Valley and finally tracing along the canal into Piccadilly, central Manchester.

From cobbles to grit, to the old pack horse slabs that trace across the moors...

The famed Koppenburg cobbles were equalled for the Rapha riders with the first ascent out of Hebden Bridge as the route wound it's way up through Old Chamber and onto London Road, a rugged and rutted old farm track skirting the base of the Stoodley Pike monument which lies high up on the hills above Todmorden. From cobbles to grit, to the old pack horse slabs that trace across the moors - no methodical pace with such changing terrain. A smooth whizz of back lane tarmac before a gate leads to a steep slabbed path, too steep for most of the riders, with the exception of Ranger Bill (the Pennine Bridleway Ranger) who was sharing the guiding with me. “Carry?” he said quizically before making his bike dance up the moor. 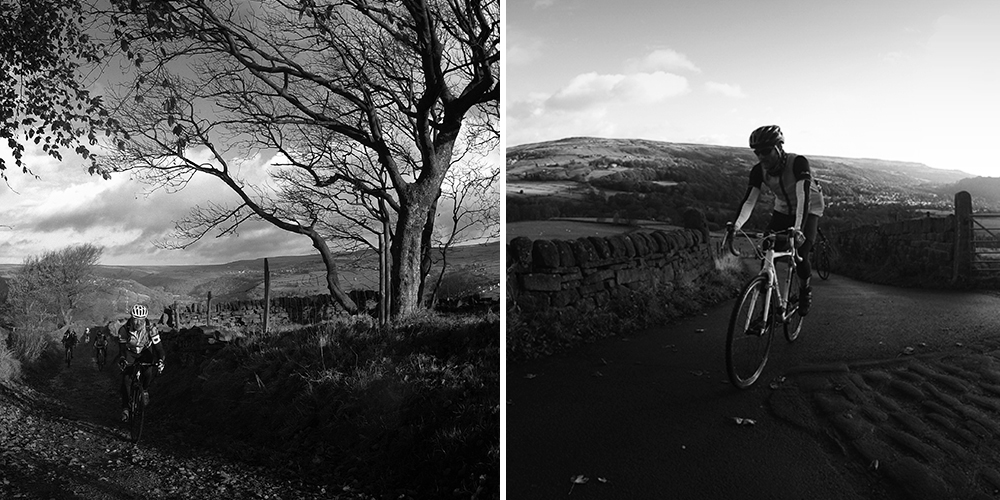 Passing walkers and mountain bike riders - they looked at us as if we were mad for riding such terrain on 'cross bikes. It was fine for me, I was on the stunning Kinesis ATR Tripster with crazy low gears but Matthew had gone for a silly speed, sorry I mean single speed On-One. I swear his thighs gained girth as the day went on. Skedaddling down ancient slabs, like a roller coaster before a brief canal jaunt and back up and down past the moorland near to Blackstone Edge Fold.

This South Pennine area is a strange and beautiful place, at first glance it’s wild open moors, but look again and the rich industrial past traces across the land. Reservoirs and massive pipework, chimneys and mills, all mixed with the upland farming, sheep, grouse, great swathes of heathers concealing hundreds of birds and wildlife. Riding like this allows you to step back from the fast pace of the rest of the world and enjoy it.

Not for the faint-hearted

It’s not for the faint-hearted though as it's steep sided valleys were beginning to claim their prisoners, not Matthew's thighs either. James had come along on the new Transition Rapture CX, you can ascertain his fitness level when you learn that he built it the day before! More accustomed to mountain biking he won the first puncture of the day by bouncing down the rocky tracks just like he was on fat tyres.

As we climbed up onto Standedge it reminded me of the crazy Victorian architecture below, deep deep below, as the Huddersfield Narrow Canal passes through the hillside winding its way from Manchester to Huddersfield. Three and a quarter miles of blasted out tunnel, skeins of red rock drip into the waters. Legend says each marks the spot where a navvy died.

From Saddleworth to Greenfield the Pennine Bridleway takes you closer and closer to ancient towns and villages. At Roaches we turn west, Hartshead Pike is the final climb of the day, I'm sure we're all pretty glad of that. Pausing at the pike to admire the panoramic view of the city of Manchester sprawled out below.

Over bridges. Dry weirs to the side. The bullrushes make a forest in the swampy ground

Bouncing down a rocky track to meet the Medlock Valley. The climbing was over, and still we've traveled far with little road. When the industry in Manchester was at its prime canals laced across the area. When road and rail took over many were left in disrepair, left to sink back to nature. Some of it makes me sad, so much work, so many skills. Yet the cut stone is still there, you ride through filled in locks, over bridges. Dry weirs to the side. The bullrushes make a forest in the swampy ground.

James had started talking about things he was going to eat when we arrived at the Cycle Club, imaginary beers dance about in our minds. There's an amazing sensation of a secret mission as we ride ever onwards, no roads, just snickets, tracks, part-used trails. Every now and again popping out into more built-up areas. Clayton Vale and the Velodrome like a spaceship come into view. Just one short section of canal into Piccadilly Basin and we're in the centre of town.

Grubby bikes racked inside as dusty faces are greeted by smiling faces in the Rapha Cycle Club. Huge ciabattas ordered and demolished, washed down with coffee and Manchester beers and the 'cross streams out on the Club’s screens as the chatter and laughter of the days war stories begin to be shared. 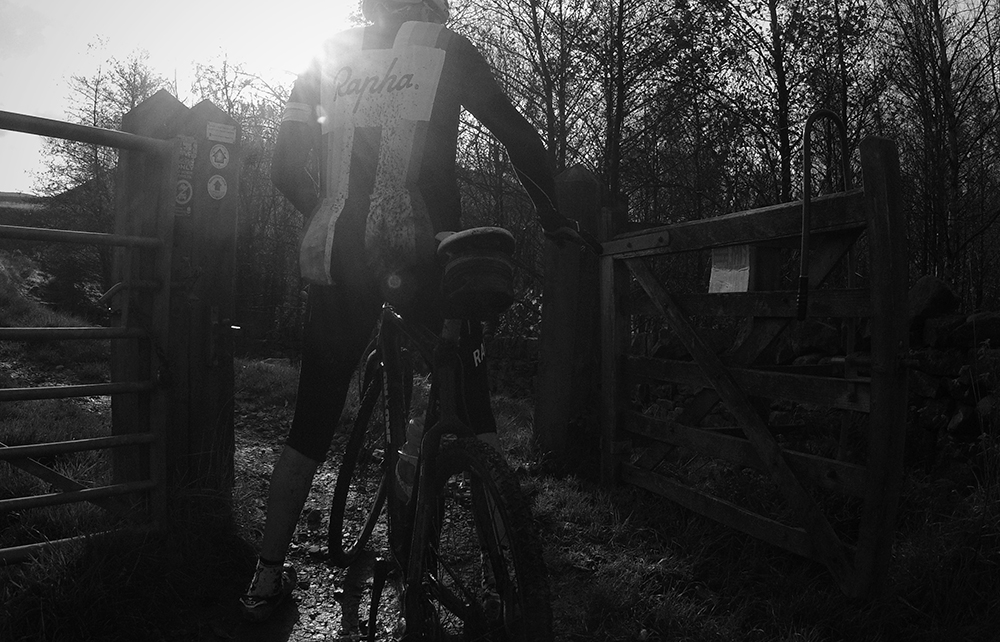 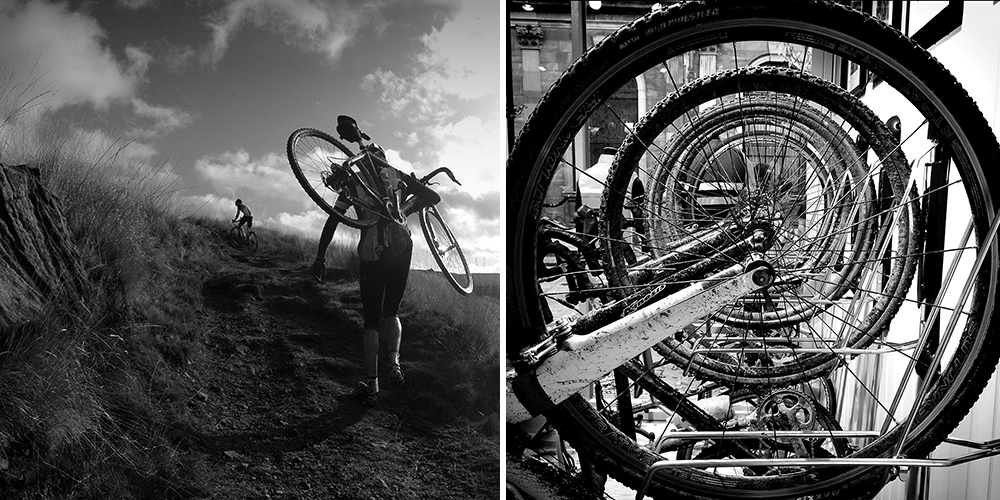 If you're interested in the ‘CCMCR CX’ rides please follow @raphacycleclub
The next ride will be on the November 22nd and there are also planned rides from the Rapha Cycle Club in London. Ride dates are subject to change so please check before coming: November: 22nd. December: 21st, 28th. January: 10th, 31st. February: 14th, 28th.

Rapha is the stylish London cycle clothing company founded in 2004 and recognised for its understated and retro-inspired style. The company has long been a sponsor of Jeremy Powers the current, and double, US cyclocross champion. Our pre-season interview with Jeremy is here. 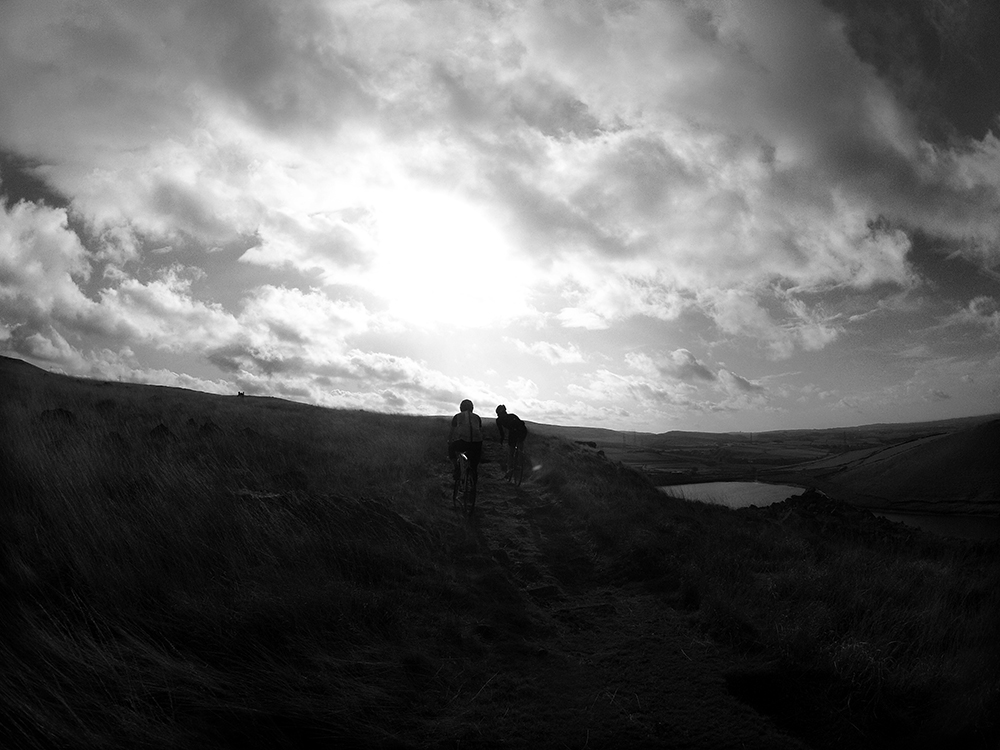