new in 2016: What changes you'll see as contracts are shuffled

New Year's Day always heralds some mid-season changes in the cyclocross world largely because some sponsor agreements are exchanged at the year end. Here we run through some of the new things to look out for in 2016. Main photo: www.corcoransphotos.com


The highlight of New Year's Day is the GP Sven Nys in Baal which, of course, takes on extra significance this year as it will be Nys' final appearance on his very own Balenberg course.


World champion Mathieu van der Poel has choosen to train in Spain rather than tackle the tough Baal course in the Trofee series – where he is out of contention after missing the opening rounds. The controversy in Bredene on Wednesday is surely only going to inspire the 'Cannibaal from Baal' into a special performance in front of his home crowd.

The Baal crowd always creates a great atmosphere, but on Friday will be a very special so catch a livestream (from 14:15 CET) if you are not able to travel.

The Boys in Red of Sunweb-Napoleon Games will become the Boys in Blue of Marlux-Napoleon Games from January 1st. Kevin Pauwels' team revealed their new jersey earlier in the week as garden tile company Marlux became the title sponsor. Outgoing Sunweb became a sponsor of the Giant-Alpecin and Liv-Plantur teams in 2015. 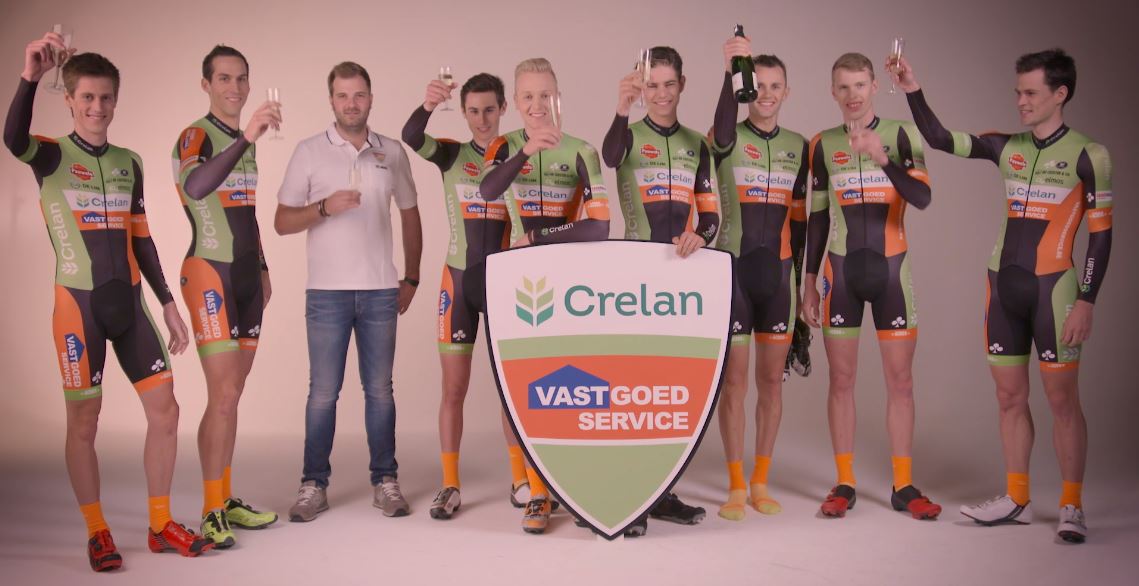 Wout Van Aert will also be sporting a different kit from January 1st as Golden Palace ends its support of the Kempen-based team and the Crelan Bank takes its place. With Sven Nys and his team mate Sven Vanthourenhout both retiring at the end of the season, Crelan continue their support of cyclocross by teaming up with the young squad founded around Rob and Wilfried Peeters.

The team - which will be known as Crelan-Vastgoedservice - are expected to adopt an orange and green kit – based on the two sponsors corporate colours – so they should be pretty easy to spot! Their new colours were revealed on Twitter on New Year's Eve.

This is Nikki Harris' new pink Specialized Crux which she will race in 2016 as she switches from Telenet-Fidea to Boels-Dolmans.

The British champion hoped to debut for the Dutch team on New Year's Day Trophy in Baal but has been unwell over Christmas and continues to recover. The British championship in Shrewsbury will be a big goal for Harris as she attempts to wrestle the crown from Helen Wyman for a second time.

Gutted I won't be able to jump on this beauty today at #GpSvenNys - not feeling well enough to make the start. 1/2.. pic.twitter.com/mQboBvZTey