The European season hasn't started yet but the Belgian Press is already talking about what Van Aert and Van der Poel will do after it all ends in spring 2018 and beyond. The debate hotted up this week after Mathieu van der Poel sprung a surprise about his future.

No sooner than Mathieu van der Poel and Wout Van Aert had established themselves at the top of cyclocross and the eager Belgian Press were speculated about when their 'cross careers would end and they would be lured by the big road teams.

World champion Wout Van Aert is aiming to follow in the wheel tracks of Zdenek Stybar and test himself in the Spring Classics in 2018, but Dutch champion Van der Poel has revealed a different target.

Mathieu van der Poel let it be known this week that he will delay a final move to road racing and he will aim for a medal in the 2020 Tokyo Olympics - in mountain biking.

"It seems quite possible that I can get selected by the Netherlands for Tokyo," Van der Poel told the assembled press at the season launch of the Beobank-Corendon team. "From my point of view though, it will be easier to go to Tokyo for the mountain bike than to the road race and especially when I look at the medal opportunities."

"I make my own decisions," the 22-year-old Van der Poel made clear. "The road is nice, but I think I still have time to take that step. By 2020 I'll only be 25-years-old, and I still think that's young enough. With a normal career, I might still have ten years to then race the road."

Van der Poel abandoned his attempt to get selected for the mountain bike cross country race at the Rio Olympics in 2016, but has put in some impressive results this summer in World-level mountain biking as well as on the road.

In May, Mathieu beat Philippe Gilbert to win a stage of the Tour of Belgium as Wout Van Aert finished third. In mountain biking Van der Poel had second and eighth placings in the UCI World Cup as well as a fourth place in the UCI World Marathon Championship. 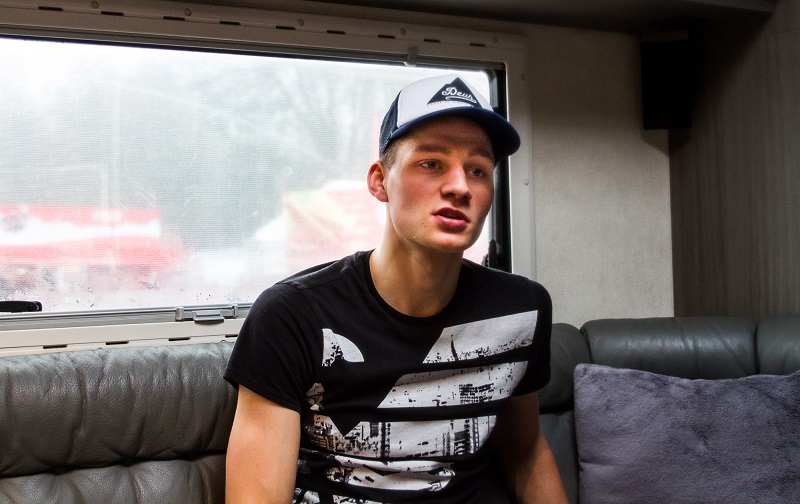