We put a good value, and easy to fit (and swop between bikes), power meter to the test in true, muddy and wintery cyclocross specific conditions – and even pitched it head-to-head against the Brownlee brothers – to see if it survived and if so, how well. Words and photos: Ted Sarmiento

Power. What on earth is Power exactly anyway?

The real power question for 'cross racers is - how can we get more of it? And here's where it's not quite so simple. One solution, that's becoming ever more popular, is training and racing with a power meter fitted to your bike. Using one, the rider can gather data to show that he or she is (or isn't) able sustain the mass x acceleration x distance over a set time (say about 40 or 50 mins plus a lap). 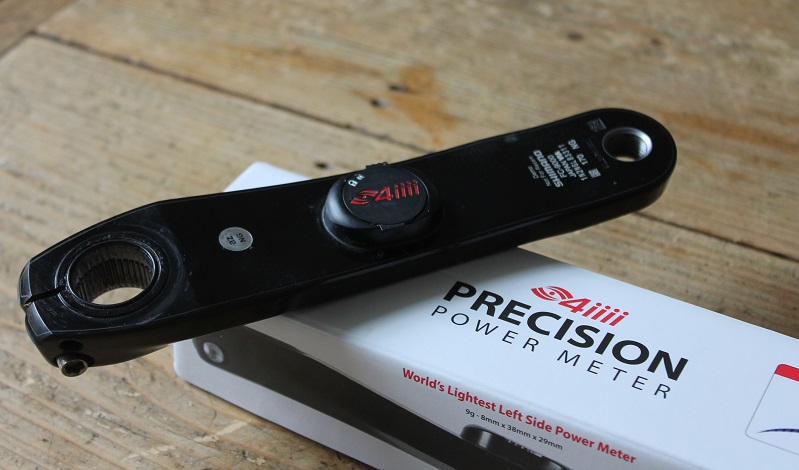 Okay, so far, so good, but now comes the even trickier question: which power meter should you use? This review is based on a purely personal preference for a power meter that is easy to fit, easy to use and above all, highly durable. Also my preference is for a power meter that won't mess with my, somewhat odd, choice of mainly Shimano gearing (34-42 with 11-30 for 'cross racing and a triple chainset with a close ratio cassette for road work around the hills of Yorkshire and Northumberland).

I've had some disappointing previous experience with a retro fit Shimano left-crank power meter. The most disappointing aspect was that when it got wet, it died. Not so useful for 'cross racers who are out racing and training year round in all conditions, so when I got chatting to 4iiii's UK distributor at a bike expo I declared my scepticism for a very similar product featured on his stand.

I expanded a bit about our sport and the mud, the bike changing, the jet washing, and the racing and training and he reckoned this product was up to the job and what's more, he would send over a demo unit to prove it. I was still sceptical, but we agreed that I'd give it a go and return it once it failed for the 4iiii engineers to pore over and make future improvements. If, on the other hand, it proved successful, I promised I'd write up a feature. So by now you can probably guess some of the rest (see the links at the end of the review to buy a power meter).

The power meter arrived for testing at much the same time as last season's mud, a Dura Ace 9000 left hand crank fitted with the 4iiii power measurement system which I fitted to my No. 1 'cross bike. If you're familiar with Shimano cranksets you'll appreciate how easy this swap is, if not pop in to your local bike shop which will be happy to help. This left crank only meter measures the power output of the rider by using a propriety strain gauge applied to the surface of the crank arm and then doubles it to get total power. 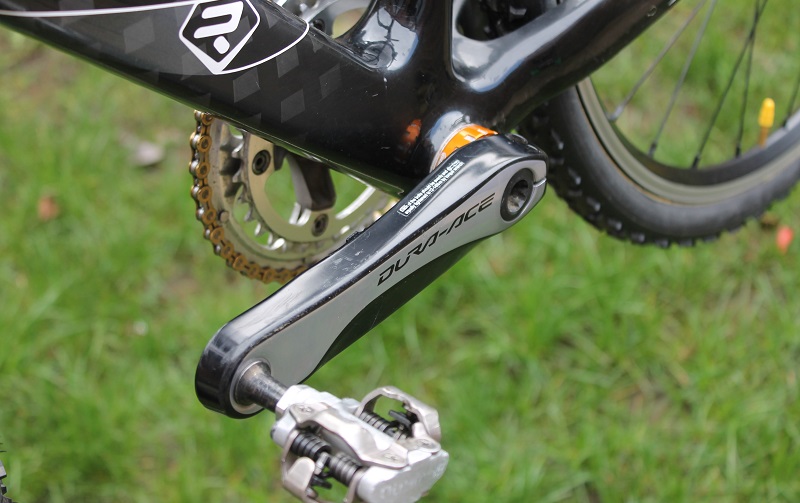 In the case of the 4iiii unit though, rather than simply doubling the left crank reading the firmware has the ability to adjust for a left/right leg strength imbalance so the doubling is of an adjusted left reading. This is some approximation of course but with all the other variables at play here, it's one that I can happily live with. It is also claimed by 4iiii to be "over 99% accurate and at only 9 grams is the most accurate and lightest LHS unit available."

The first time I was able to use the meter in anger was the UK National Trophy race at Hetton Lyons in the north east of England and this course didn't disappoint, it was a fantastic mix of terrain and plenty of the mucky stuff meaning bike swaps were needed. I deliberately said nothing to the pit helpers who happily jet washed my bike in under a minute to ensure it was ready every half lap. Non 'cross racers may not appreciate how this is done, but let's just say that all that "avoid spraying directly at the headset, bottom bracket, wheel bearings" etc. stuff all goes out the window in favour of an effective, if crude "get the mud off the bike fast!"

Have some of that Mark Cavendish

I expected to send the power meter back after this race once I had the readouts to see when it failed. It didn't. The power readings show the first lap with an average of 216 Watts, then a pause while the bike was pitted and washed and followed by the third lap with a similar output and so on until the last half lap where I switched biked again and was involved is a massive sprint for the finish line where I peaked out momentarily at 839 Watts. Have some of that Mark Cavendish! So far, so good for the 4iiii power meter too. 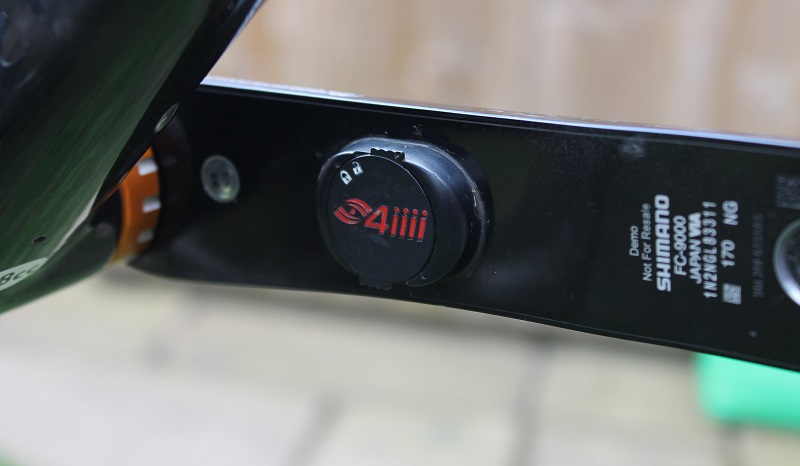 Now any coach might tell you that measuring power output during a 'cross race is probably a bit pointless, it's a type of racing that sometimes means reining back on your power to get more finesse (and speed) round the tricky corners and technical sections. But as a testing ground for power meter durability, I'd say it's the about the best there is. In other words if we can expect reliable output during 'cross racing, we can also expect reliable readings for our road (and maybe off road) training and racing. And this is where the real work and performance (training) gains are to be found. So a bit pointless maybe, but also fascinating to see what you've had to do to plough through the gloopy mud and win that sprint finish. The normalised power (where all the time at zero power is eliminated) is interesting too, combined with average race heart rate we can get a sense of our current state of fitness.

Shortly after this race 4iiii released a firmware update (the power unit's internal software) and I was able to download and install this easily from my smartphone using the company's downloadable app for Android or Apple. Another plus point.

Taking on the Brownlee brothers

The remainder of the 'cross season continued in much the same way. I even upped the ante by using my No. 1 bike for our weekly training sessions pitting my 'cross skills, and now measurable power, against the Leeds Triathlon Centre Olympians Alistair and Johnny Brownlee's much, much higher power and almost out of control competitive spirit. This meant even more jet washing using the tried and trusted 'cross method (faster is better).

My final test was an end of season trip to Majorca as this was another area the previous meter didn't seem to enjoy, flying out and back in a bike box. All that electrical interference may be why they always tell us to switch our phones to flight mode. Majorca didn't disappoint either with high winds and driving rain meaning that the 'real life' testing could continue. I wasn't going to learn anything new in sunny and dry conditions really. 4iiii tell me that the Precision is temperature compensating so should have no problem with the weather or altitude fluctuations of flights and travel and as with the other tests the 4iiii passed this one with flying colours as well, reading power continuously and uninterrupted on a three hour road spin, mostly in the wet.

My conclusions are pretty obvious: the 4iiii is a simple and reliable power meter that can withstand an unreasonable degree of abuse and still keep on trucking (in the pro road peloton the 4iiii Precision Pro (a dual sided unit) is being used by the Quick-Step and Bora hansgrohe teams this year). As well as power the unit also records cadence, so that's another gadget eliminated, and it's not too expensive either starting from £379 for the Shimano 105 version, £469 for the Ultegra and £549 for the Dura Ace versions with MTB riders catered for with XT and XTR variants as well. They're available from a number of stockists in Great Britain in different crank lengths.

My opinions were backed up by a professional mechanic friend of Cyclocrossrider, "As a mechanic, I'm impressed that the 4iiii meter is so well sealed and easy to fit compared with other brands where the chainset needs to be removed and, as a rider, I loved the accuracy and instant synchronisation," he told us.

Sadly I've had to return the demo unit, but I'll be sticking my hand in my wallet to buy one of these so here's a message to my competitors for the 2017-18 season, and you know who you are (yes, I do - Ed): start your training now.

WHERE TO BUY 4iiii POWER METERS 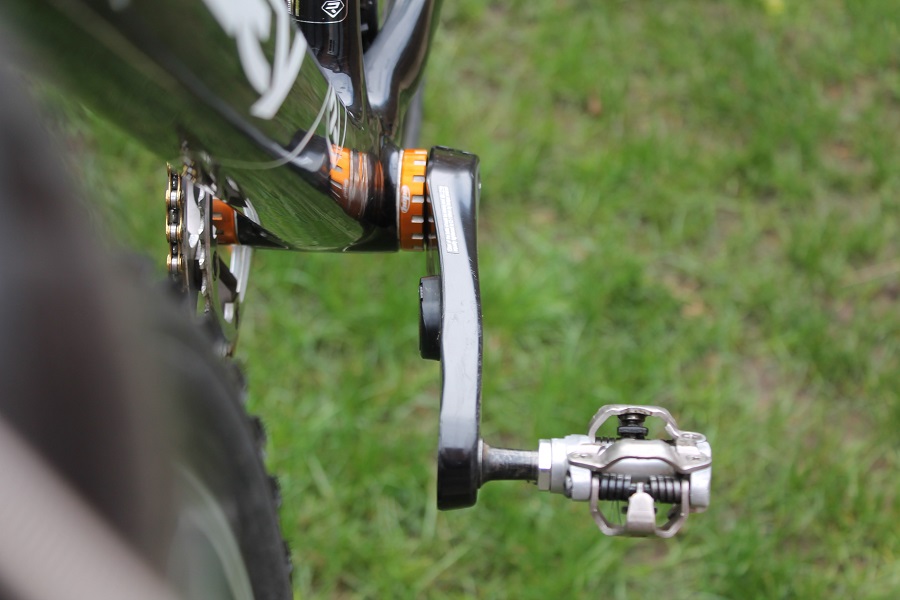 4iiii are a sponsor of the Cyclocrossrider.com Race Team.

WHERE TO BUY CYCLOCROSS TYRES